For the second video that Cyril Gfeller and I made together for the new album I Dreamed An Island, we created an installation using old cell phones and tablets.

We were inspired by the stain glass and rose windows of medieval European cathedrals to remake a 21st century animated equivalent, replacing the windows with the used screens. With stain glass, daylight shines through the windows, illuminating and revealing either script, colour or image.
In our video, we wanted to make a show how even a banal and broken old cellphone could come back to life and light up the gloom before ending up on the stockpile of dead, used phones.
Cloak of Blue is our recycled stain glass window machine. 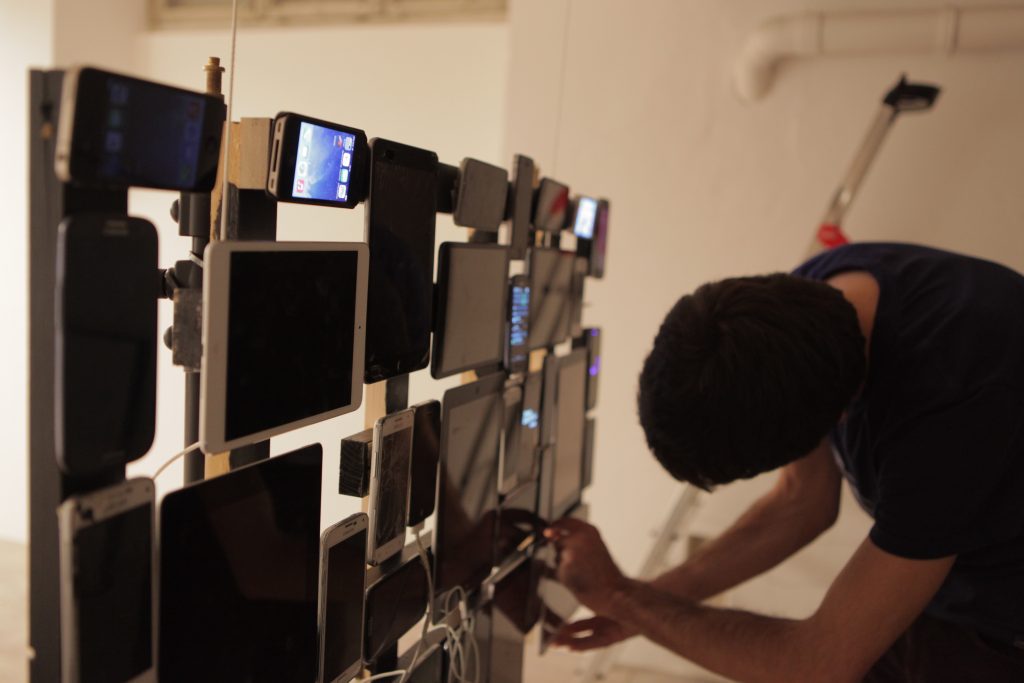 We used second hand tablets and phones from samsung and apple. We wanted to have multiple brands and models to reflect the diversity of phones that people use.
It was harder that we thought to remote control the devices. Each phone/tablet we had a unique video assigned to the device. We had to find a software to trigger all of them together but this did not exist for both platforms. For the apple devices we used Multivid which worked well over a wireless network. For the samsung we used “tasker” in order to play a specific video at the right time. Needless to simultaneously sync both platforms was a real challenge! 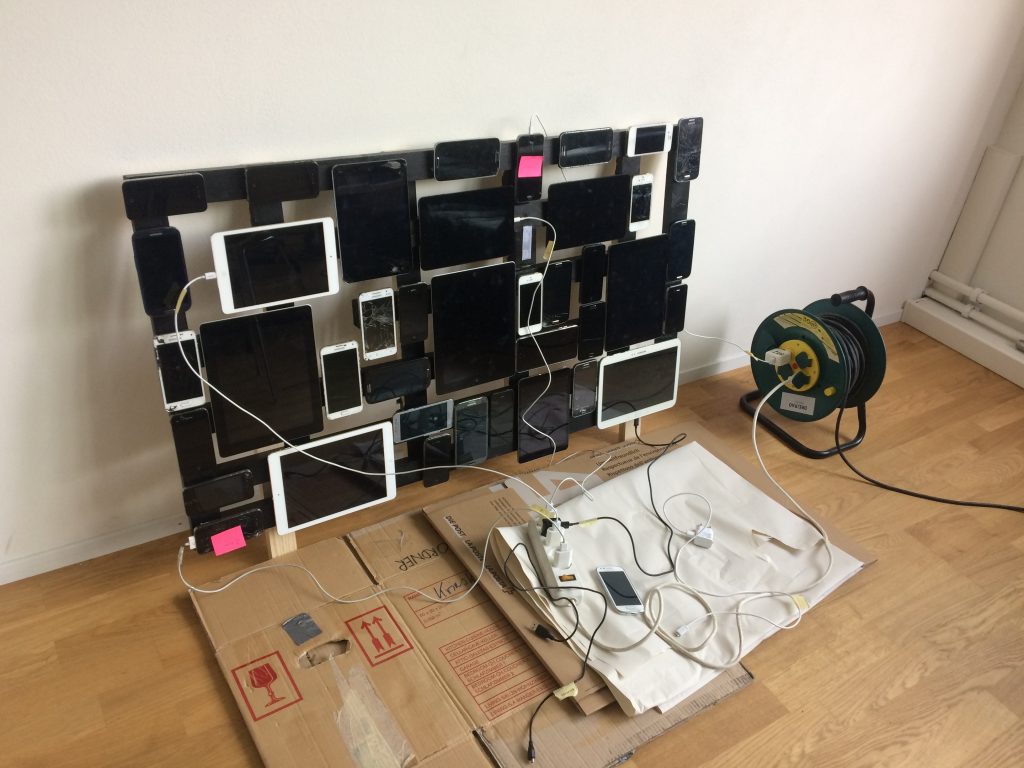 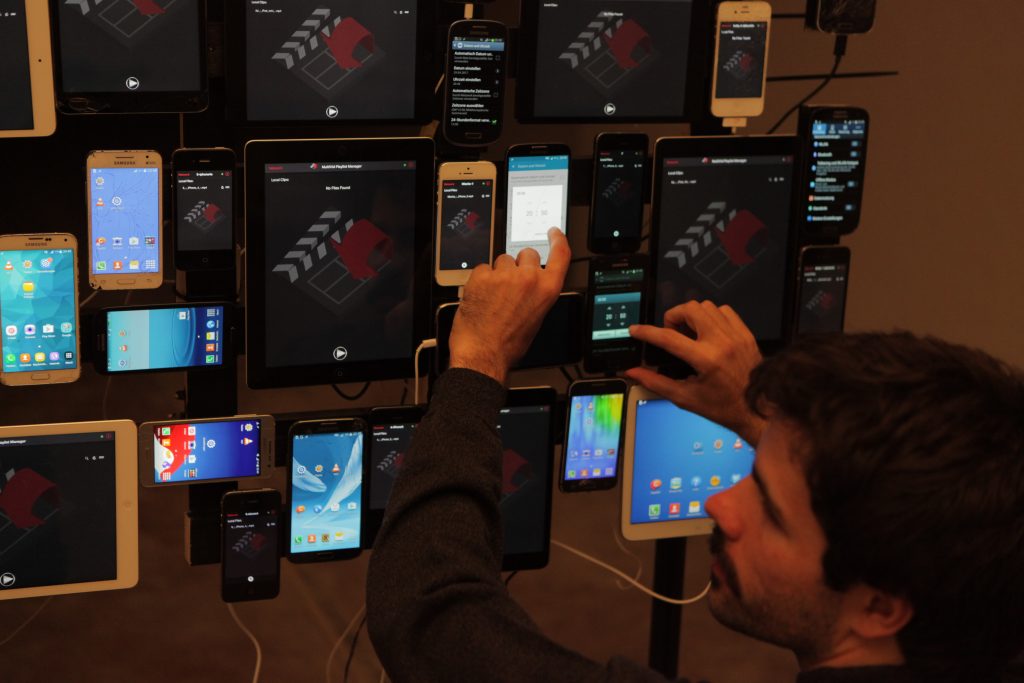 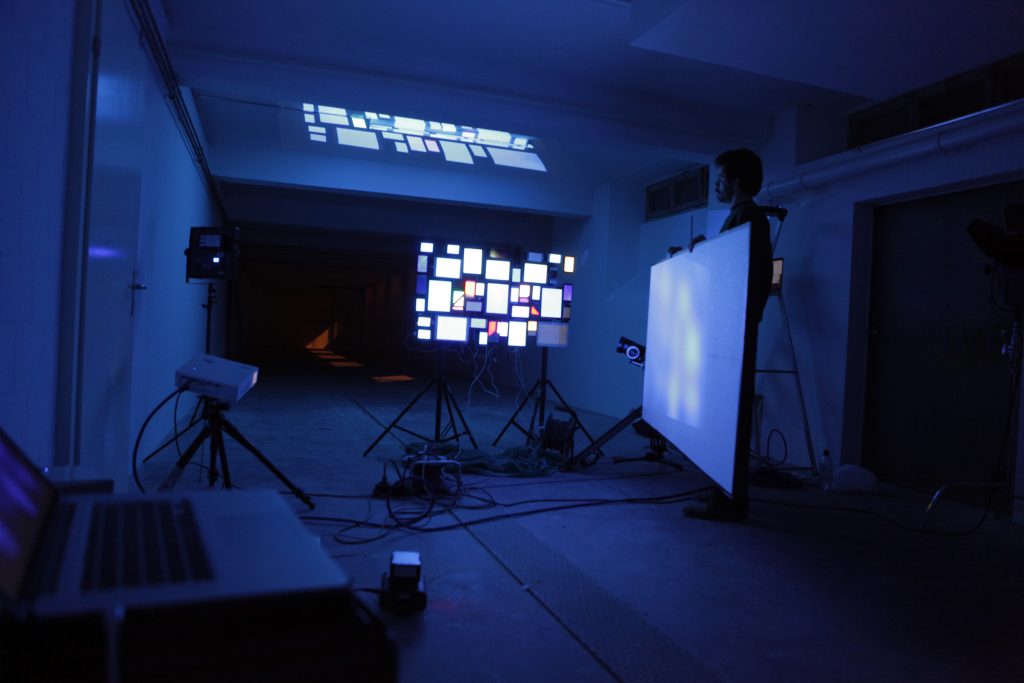