Bring Down The Wall (Music Video)

More and more walls are springing up around the world. If they haven’t already been built, they’re being talked about, and proudly championed, like the idea of a great wall of Calais or Donald Trump’s even greater wall of Mexico.

It’s strange how the word ‘great’ is often applied to the walls human beings have built throughout History. Unlike Hadrian’s wall in Britain, or the Great Wall of China, today’s walls don’t even have the benefit of some architectural merit. There’s nothing remotely great about them. They seem, instead, to be merely the proof of our inability to coexist, sad edifices to exclusion and enmity, nationalism and warmongering.

The video of Bring Down The Wall was made with the Swiss director and animator Cyril Gfeller, I wrote the script and Cyril animated and cut out all of the sequences and we directed it together. We had the idea of combining animated sequences of photo collage with filmed video of me that would then be printed out frame by frame and re photographed. Stylistically the video was inspired by collages of the Dadaist and Surrealist movements and by artists like Raoul Haussman or Joseph Cornwell.

I made a collage of a migrant boat filled with people taken mostly from old family photographs of mine along with some archive portrait photographs. 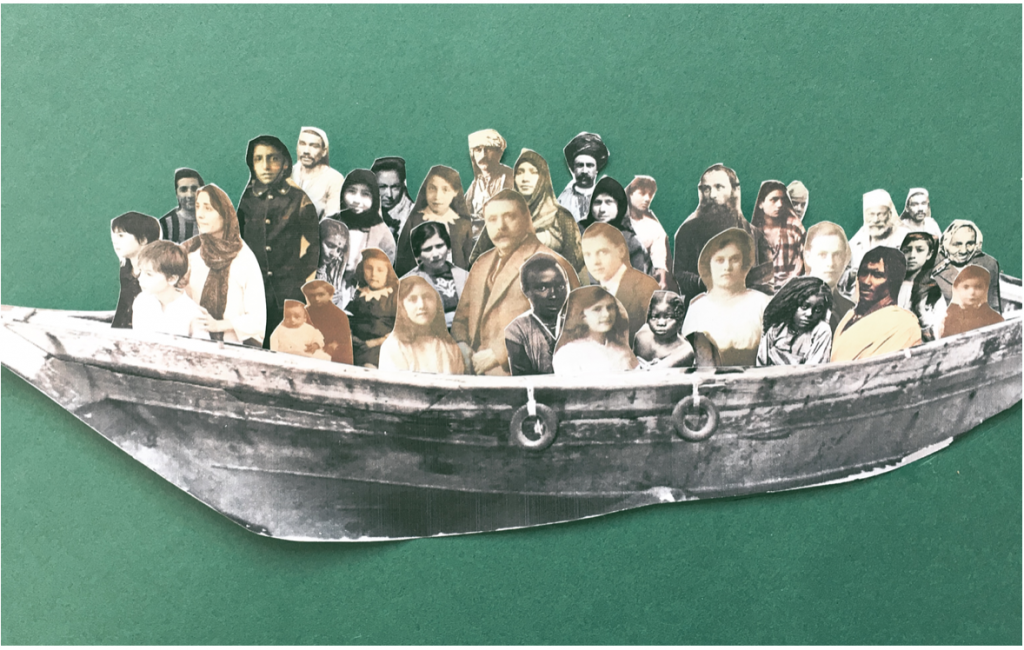 The men and monsters in the bowler hats who try to eat the migrants were initially modeled on Donald Trump but in the I decided to transform that figure into a more symbolic figure, almost like a British banker in his bowler hat, making and spewing arms and money. 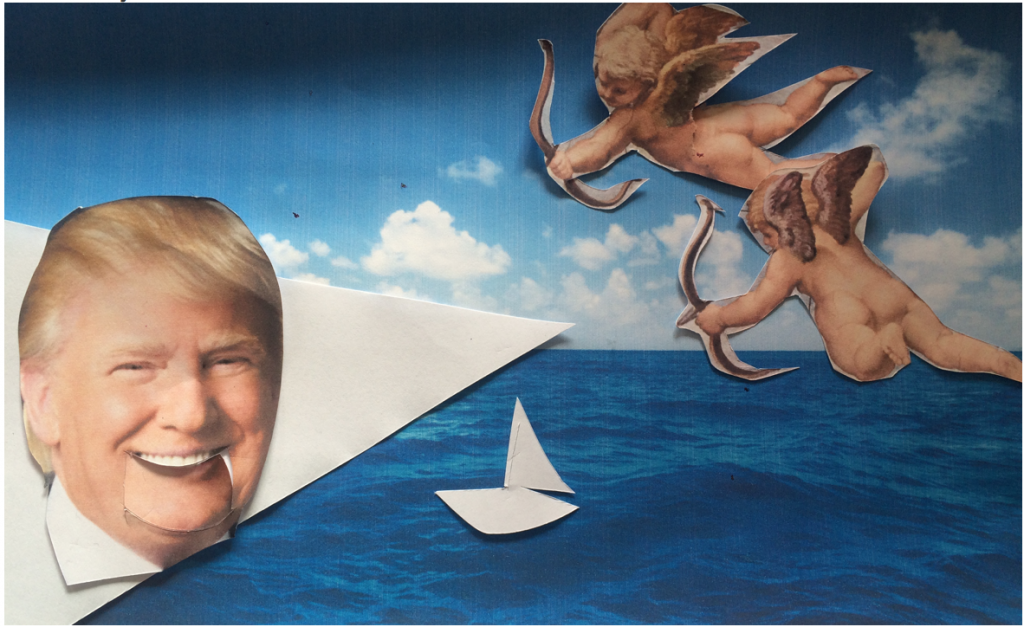 All the animated sequences of photo collage as well as the filmed video of me were printed out frame by frame and cut out by hand, captured and then animated. 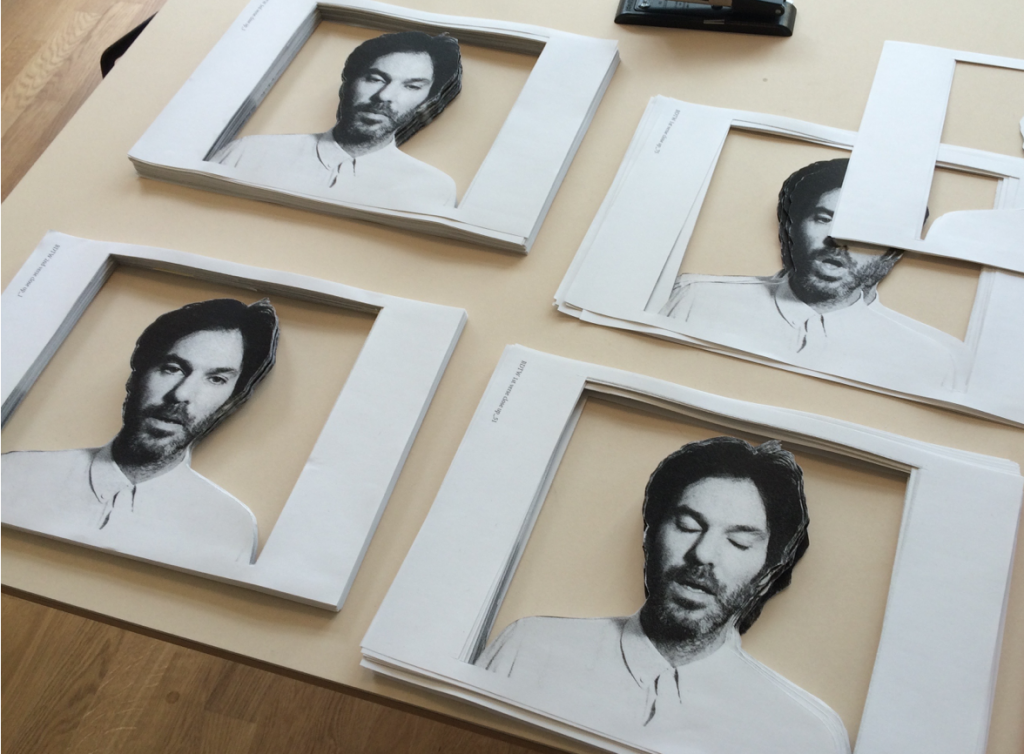