I already had parts of songs in Palermitano, the Sicilian dialect of Palermo as well as in Salentino, the dialect of the southern most tip of Puglia but I also dreamt of hearing Arabic on the new album, sung alongside the English lyrics. While searching for the right voice, my friend the cellist, Vincent Segal, suggested I work with the Algerian musician and singer Malik Ziad who’s based in Marseille and as always with Vincent, his suggestion was spot on.

Here’s a performance by Malik sitting outside the steps to my studio, accompanied by a chorus of cicadas!

My drawing of Malik Ziad: 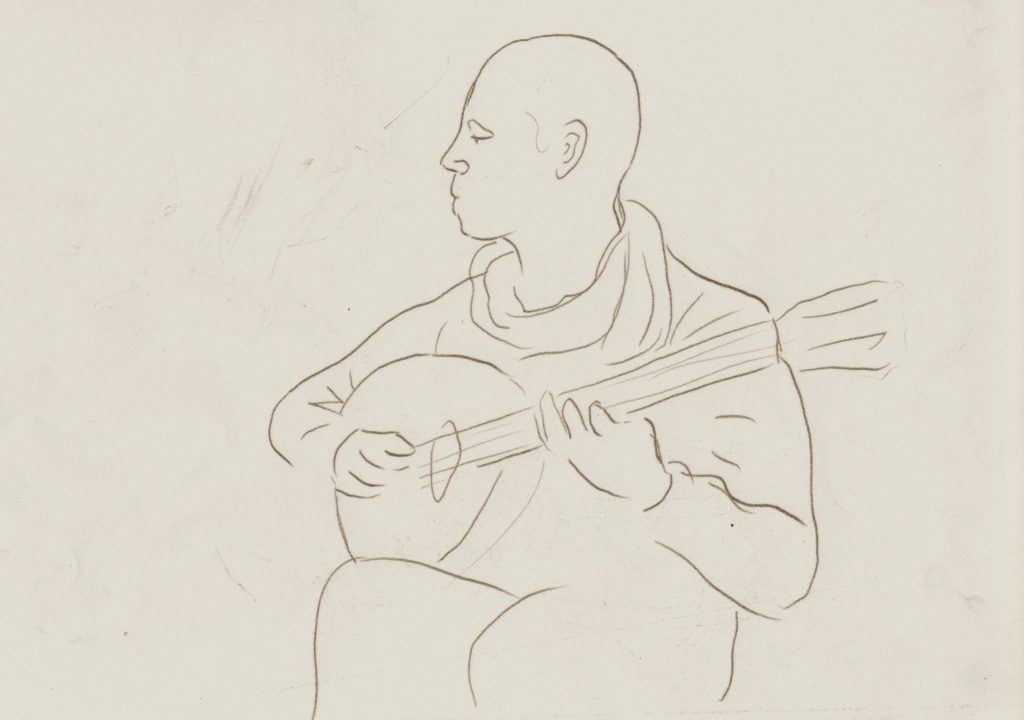