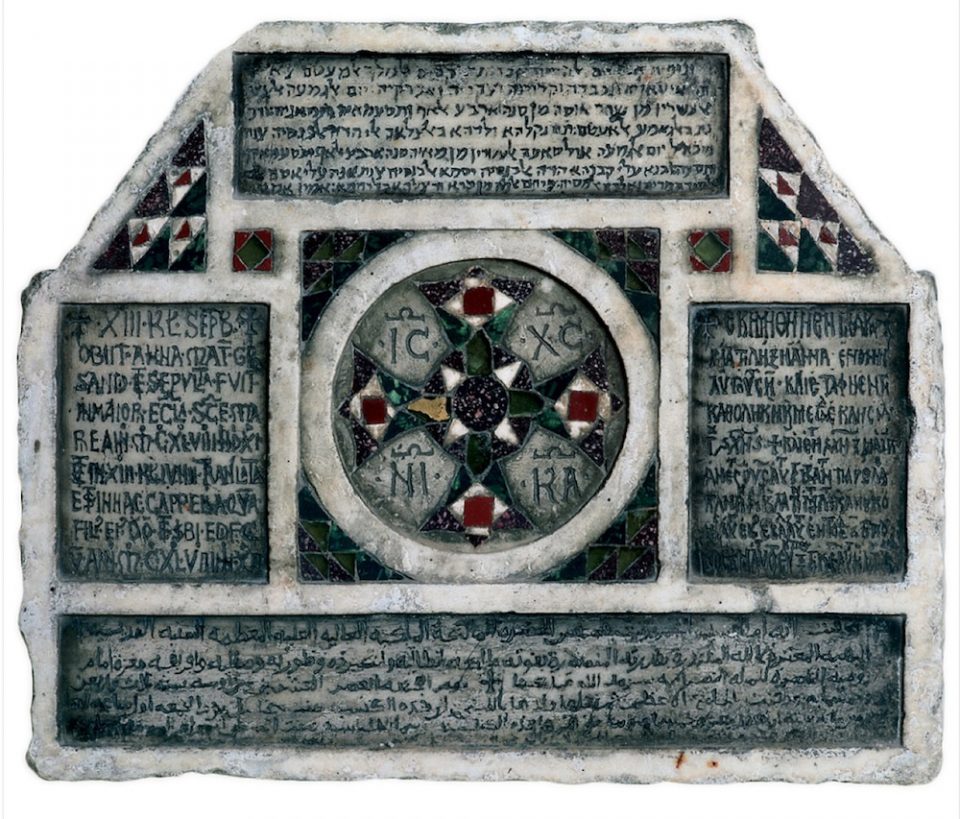 There are countless examples in the art and architecture of Norman Sicily that show quite what an extraordinarily cosmopolitan environment there was during the short reign of the Norman kings.
I wanted the album to be multi-lingual like the island that inspired it and although I’ve written the bulk of the songs in English, there are two songs that I sing in the dialects of southern Italy. I also sing in French on one track and in another Malik Ziad sings a poem in Arabic by the 12th century Sicilian poet Ibn Hamdis.

The mix of western, Islamic and Byzantine cultures in 12th century Sicily created a unique multilingual state. In the capital Palermo, messages on public monuments were frequently written in two or three languages. Here’s a wonderful example of this: a tombstone commissioned by a Christian priest, for his mother Anna in AD 1149.

Her eulogy is written in Judaeo-Arabic (Arabic written in Hebrew script) on top, Latin on the left, Greek on the right, and Arabic below.