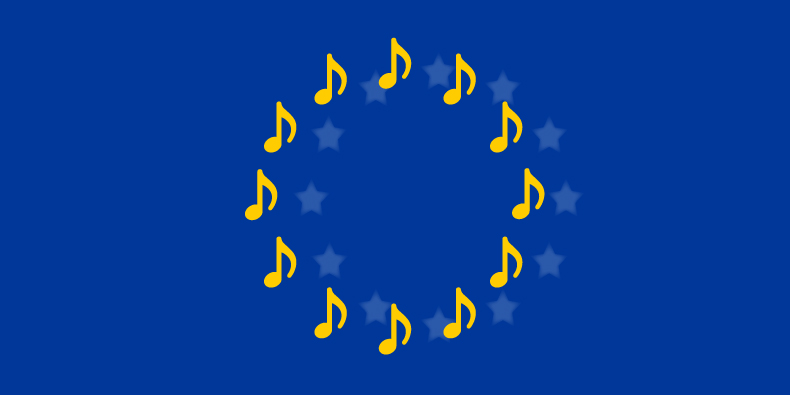 As I dream of metaphorical islands for my new album, so Britain, and particularly England, the country where I was born, voted to leave the EU. Riding on slogans about controlling borders, and a blatant anti-immigration agenda, the vote to leave has profoundly shaken Britain’s vision of itself as a tolerant, cosmopolitan country.

It didn’t take long for xenophobia and racist abuse to manifest themselves in the wake of the vote: with reports of acts of intolerance and hatred on the rise. I can’t help thinking that more than a vote on the EU, the referendum was about how people see themselves in our 21st century world. The referendum laid bare a chasm between those who embrace a pluralist multi-cultural, multi-racial, multi-faith society and those who have fallen into the familiar trap of demonising the immigrant, and all this while glorifying historical narratives which exclude others, and would have us step back into a whitewashed theme park version of the past.

The inspiration for this album, and the musical and fantastical island I dreamed up, is a moment in history more than 800 years ago when Saracens and Norman governed and flourished together and when Muslims, Christians and Jews lived and prayed side by side. Again and again as I read about the 12th century Norman kingdom of Sicily, I was struck by how easily Europe has slid throughout its history from periods of enlightenment to episodes of terrifying darkness.

And in the context of our present troubling times, these words by the historian John Julius Norwich, describing the Norman kingdom of Sicily, couldn’t be more apt and sobering.

“In a feudal Europe almost entirely given over to bloodshed, loud with the tumult of a thousand petty struggles, rent by schism, and always overshadowed by the titanic conflict between Emperor and Pope, Roger I left a land – not yet a nation – in which no barons grew over turbulent, and neither the Greek nor the Latin churches strove against the lay authority or against each other. While the rest of the continent, with a ridiculous combination of cynical self-interest and wooly-headed idealism, exhausted and disgraced itself on a Crusade, he – who alone among European leaders had learnt from his own experience the vanity of the crusading spirit – had created a climate of enlightened political and religious thinking in which all races, creeds, languages and cultures were equally favoured and privileged. Such a phenomenon, unparalleled in the Middle Ages, is rare enough at any time; and the example which Count Roger of Sicily set in Europe in the eleventh century might still profitably be followed by most nations in the world today.”