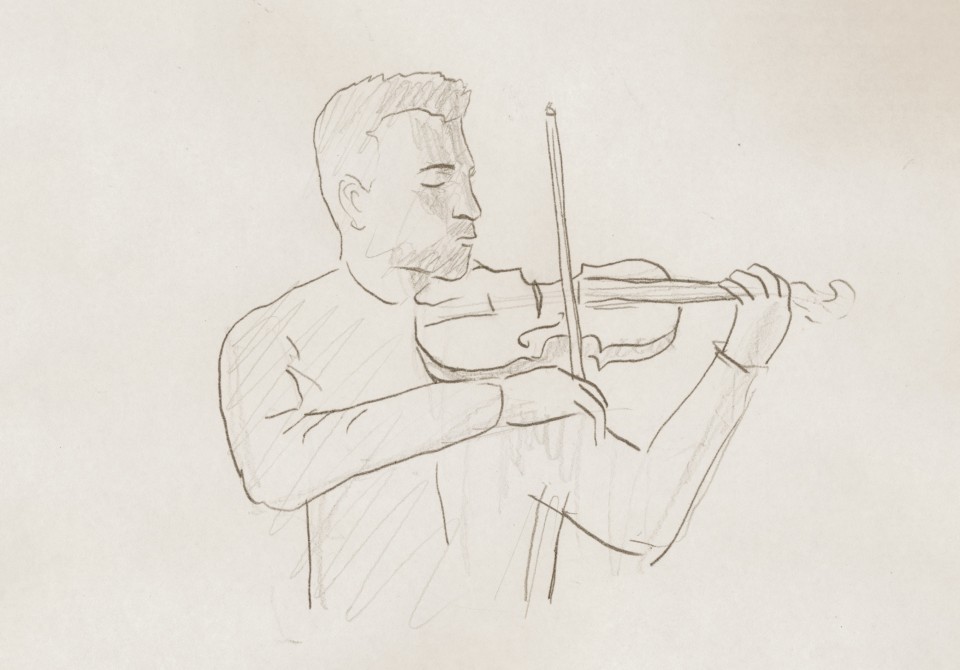 In 2007, I was invited to perform in the Salento in Puglia in the south of Italy for a festival called “La Notte Bianca”. Being a huge fan of ‘musica populare’ the traditional Italian folk music from the south and having recently met the great Salentino singer Uccio Aloisi, I asked my agent if he knew of a percussionist who would be able to accompany me playing the traditional frame drum known as the tamburello. A couple of hours before going onstage, I was introduced to a young man by the name of Mauro Durante and we hit it off straightaway running through the pieces we could play together in the dressing room. I can’t remember how many songs we played together that night but as always when the feeling is right with a fellow musician, we both had the impression that we’d already been playing together for years.

From around that time on, music from the Mediterranean and more specifically from the south of Italy, began to have more and more of an influence on the way i wrote songs. I would say looking back on it now and several years further down the line that Mauro and I were able able to learn a lot from each other and from our friendship. He came from a place of tradition and I from more of a rootless songwriter’s standpoint and where I learned and deepened my understanding of the traditional southern Italian repertoire, Mauro delved deeper into the craft of songwriting and the arrangement of songs.
We’ve both come a long way since that first encounter nearly ten years ago and we’ve collaborated on many projects together, either for my music or for Mauro’s band Canzoniere Grecanico Salentino.

I recently wrote the lyrics to a song called “I Love Italia” on their most recent album but perhaps my favourite collaboration with Mauro and his group was the song called “La Voce Toa” that we wrote together for their previous album, have a listen to it here if you don’t know it:

Because of the Southern Italian connection to the story that I wanted to weave into the new album, I recently decided to spend a few days with Mauro and his wife Silvia in the beautiful city of Lecce. Mauro and I had already spent a couple of days working on songs together in my studio during which he wrote the words in the Salentino dialect for a song on the new album called Bring Down The Wall but my trip to Lecce was mainly a chance for me to record Mauro and a couple of fantastic musicians from their group.