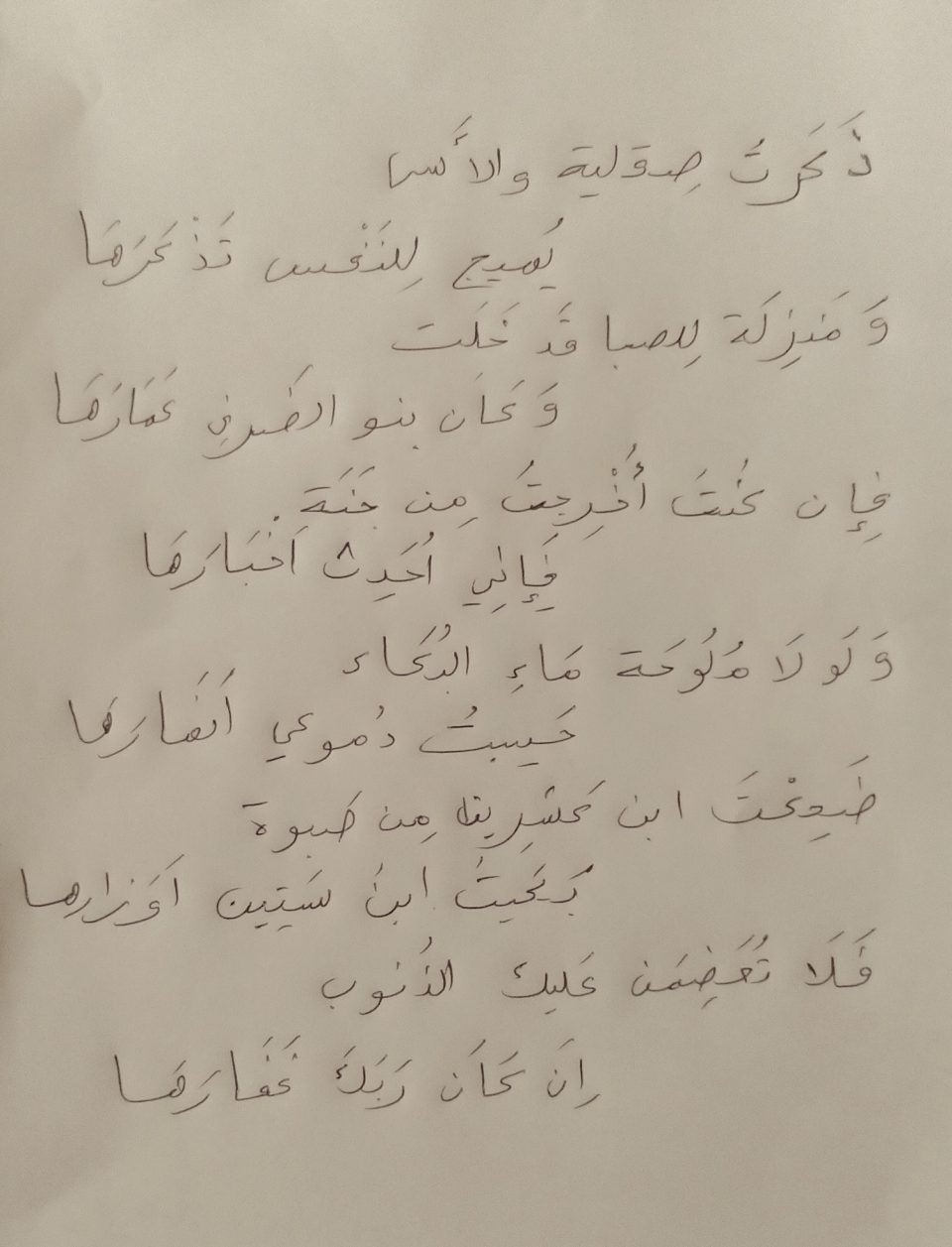 These days, I’ve been working on the last few songs of the new album. Although mostly sung in English, I also wanted the album to have a multi-lingual dimension like the cosmopolitan 12th century Sicily that has inspired so much of the songwriting. I already had parts of songs in Palermitano (the Sicilian dialect of Palermo) and in Salentino, the dialect of the southern most tip of Puglia but I also dreamt of hearing Arabic sung alongside English. While searching for the right voice, my friend the cellist, Vincent Segal, suggested I work with the Algerian musician and singer Malik Ziad who’s based in Marseille and as always with Vincent, his suggestion was spot on.

Below is a translation of the poem into French (I haven’t yet found one in English) and here’s Malik’s handwritten copy of the poem that he sang from when I recorded him a few days ago.