I recently visited the church of Santa Maria la Blanca in the medieval city of Toledo in Spain. This remarkable building, despite its name, was a synagogue until the expulsion of the Jews from Spain in 1492. And it was built by Mudejar artisans (Muslim architects and craftsmen) under the patronage of the Christian kings of Toledo.

This architectural treasure, initially named the Ibn Shushan synagogue, is a renowned symbol of the former cohabitation between the peoples of the three different religions and cultures in medieval Spain. When delving deeper into the history of Spain, however, one realises this cohabitation wasn’t perhaps always as rosy as the Spanish tourist board would make us believe, but there is something undeniably extraordinary – miraculous even by today’s standards – about a building built by Muslim artisans for Jewish rites under Christian patronage.

My album I Dreamed an Island, is inspired by songs and stories from these moments when the different peoples and cultures of southern Europe lived side by side in relative harmony, particularly in medieval Spain and Italy (notably Sicily). It was a state of harmony, with glorious artistic, scientific and literary moments, which, tragically, were often preludes to horrors – let us not forget.

There’s a song on the new album that I’m working on called “Judith”.
The song is set further to the south in Cordoba just after the turn of the 11th century as the golden age of the Umayyad dynasty comes to an end and a more divisive and violent climate begins to develop. The Berber Almoravids, the new power to dominate southern Spain after the Umayyads, had a much less tolerant view of Christians and Jews and as the century came to a close and many of them would seek exile in the reconquered christian city of Toledo. 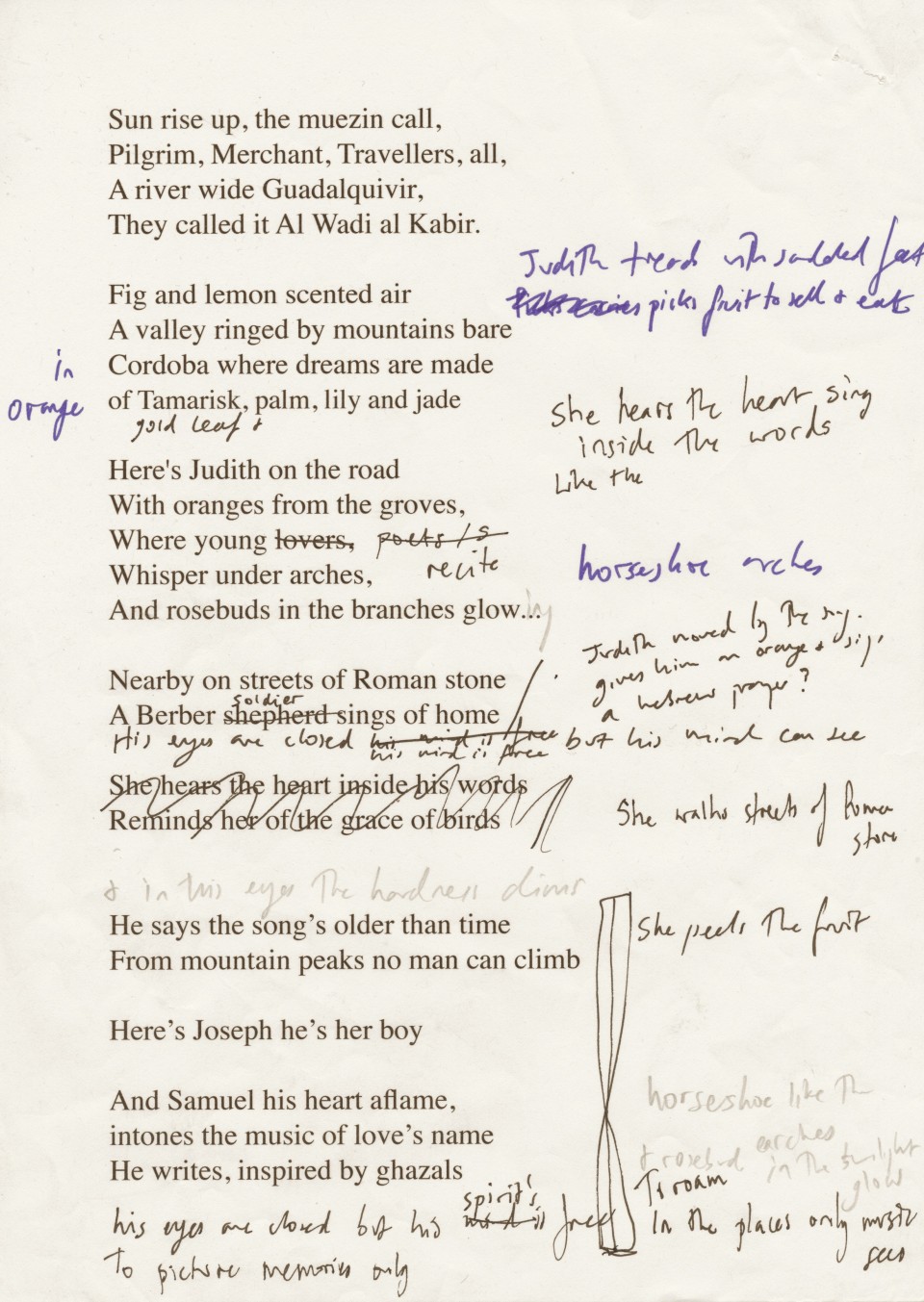